Killing in the name of business. It’s hard to imagine today that this could have been even momentarily something to pass without condemnation, but times have changed. On Dec. 6, 1928, Colombian soldiers shot to death banana workers on strike at the United Fruit Company. The U.S. government’s man in Bogotá, Ambassador Jefferson Caffery, sent a dispatch home a month later, informing Washington: “I have the honor to report … that the total number of strikers killed by the Colombian military exceeded one thousand.”

Moneymaking could now return to normal after the month-long strike. Back in the U.S., an aging and ailing Minor Cooper Keith, founder of the United Fruit Company, got the news. Years earlier, Keith had been a restless youngster from New York City who bailed on his private schooling, and at 17 tried his hand at cattle ranching in Texas. But Texas wasn’t big enough for young Keith. Two years after Texas, Keith’s uncle and brothers invited him to Costa Rica to build a railroad. Continue reading on OZY… 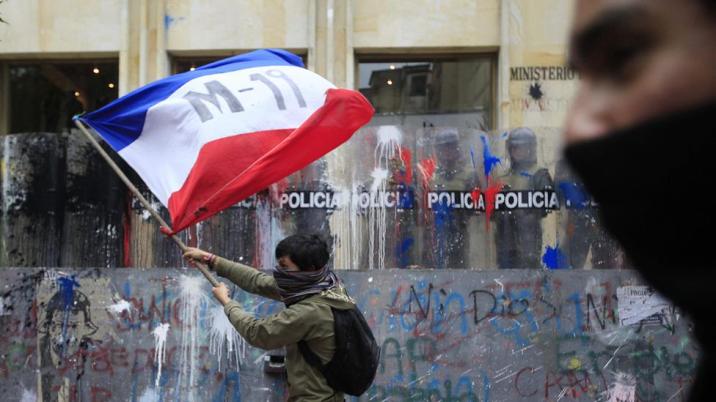 Is peace with a guerrilla movement, followed by democratic political reintegration, actually possible? As Colombia continues to negotiate in Havana with its notorious FARC rebel group, its own history suggests maybe so. Continue reading on Ozy…

Uncle Conrado was crushing them. One nut after another. He ripped the shells off with his hands and as he popped one into his mouth with one hand, his fingers were already in the bowl, hunting for another. You’d think it would be boring to watch an 83 year old man eat nuts, but it actually wasn’t because it wasn’t just about the nuts.

Ever since I met him, I had wanted to know what made Uncle Conrado so prosperous. But what really got me was all he had to endure happening around him in Colombia when he started out. This is a personal essay on the memories of a circus master, Colombia’s ‘pájaros’ killers of the 1950s, and dignity. Continue reading on Beacon…

It was 1954 and somewhere in the offices of IBM, a 30-year-old whiz named John Backus and a small team of programmers came up with a new computer language. Backus later confessed that he was unsure of what he was doing. But his invention of FORTRAN — the first widely accepted high-level computer programming language — was about to change … well, just about everything. Continue reading on Ozy…

‘Who is responsible for Colombia’s history of violence?’ is a hard history to unravel.

Al Jazeera English takes a look at the rise of Colombia’s right-wing paramilitaries as another chapter in the country’s complex constellation of violent political actors. The documentary draws on connections to deeper context surrounding figures like Jorge Eliécer Gaitán and Pablo Escobar. A few years old, but still very relevant.

Mexican, Brazilian and even Chilean students pull up seats in Mr. Carlos Ardila Castro’s classroom in the Escuela Superior de Guerra in Bogotá, Colombia. Lesson for the day? How to stop arms trafficking.

At 46 years old and with 23 years of military and intelligence experience under his belt as an officer in Colombia’s military, Mr. Ardila Castro is now a consultant for the United Nations. Colombia is known for exporting coffee and bananas. But Ardila Castro is a provider of Colombia’s new export to the world: war and security know-how. Continue reading on Ozy… 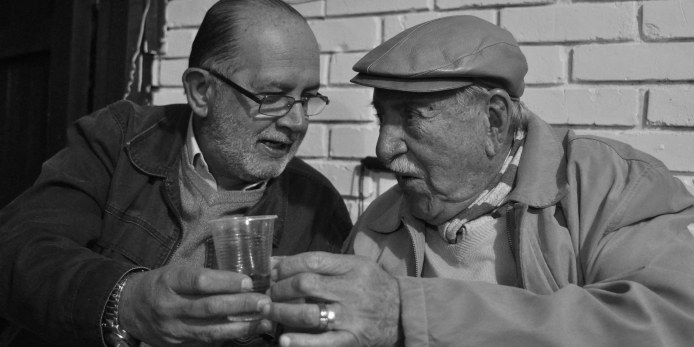 A mask of gray stubble covered his face. Slicked-back hair. Glasses. He sat in a chair next to a bench filled with books and scraps of leather. The man wore a green sweater and a worn navy coat. It was hard to tell if he was a particularly dignified man or not. The thing is, he was coarse around the edges. If there was dignity, it was hidden, quiet. He propped himself up with a cane in one hand while he poured the bottle of Scotch whisky with the other. It went into my glass.

Someone introduced him to me as Maestro.

Colombia has a strong tradition of honorific titles. Profesor. Doctor. Don. Señor. They are titles that grant respect. Awhile back, I had a surprise encounter and met two men who invited me to celebrate with them and drink their rum. They went by a different title: Maestro. Continue reading on Beacon…

The hot sweat coming through the rugged flannel shirt Ernesto Muñoz was wearing spoke volumes about the man and his dedication to fusing power with elegance: he ripped off the heavy flannel, threw it on a giant stump, studied the piece of iron in his hands, threw the lever on a clamp to secure it, and with the fine teeth of a hacksaw, the blacksmith went into a dizzying spell of thrusts, putting all his might into the beginning of another afternoon building Cartagena.

“Of course I feel powerful,” said Ernesto. He put down the blade and took up a welder’s torch. Blinding white light illuminated his shop. Continue reading on Beacon…

He was the original narco — the ultraviolent, extravagant bad guy who set the standard.

Before he was gunned down atop the Spanish-tiled rooftops of a Medellín neighborhood in 1993, Pablo Escobar had tightened his ruthless grip on drug trafficking across the Americas. At the same time, he cultivated a reputation as a Robin Hood who tossed goodies to the poor even as he built a grandiose palace for himself on 5,500 acres, complete with a private zoo and orchard. Al Pacino’s character in the 1983 coke-and-violence-fueled Scarface was reportedly based in part on Escobar’s bloody tale. Continue reading at Ozy…

Protesters fed up with rising prices and cheapening currencies march by the tens of thousands in Caracas and Buenos Aires.

Others tired of woeful public services fill Brazilian cities, decrying the billions of dollars being spent to host the World Cup this summer. A year of discontent is rolling out across Latin America, with a new middle class demanding more from their leaders and hitting the streets to make their voices heard.

Yet behind all the instability sits an unexpected force on the other side of the globe: China’s domestic appetite. Continue reading at Ozy…