Vocalist Li Saumet was born in 1980 in Colombia’s Caribbean coast city of Santa Marta. If she had been born a few decades earlier, machismo and Vallenato, Colombia’s traditional folk music, might have eaten her alive. Colombia’s dude-with-a-microphone and his pal-with-an-accordion music rules the Caribbean coast. But Saumet’s band, Bomba Estéreo, swapped out the accordion for a synthesizer, and they became part of a twist in the plot of Latin America’s music scene. Continue reading on OZY… 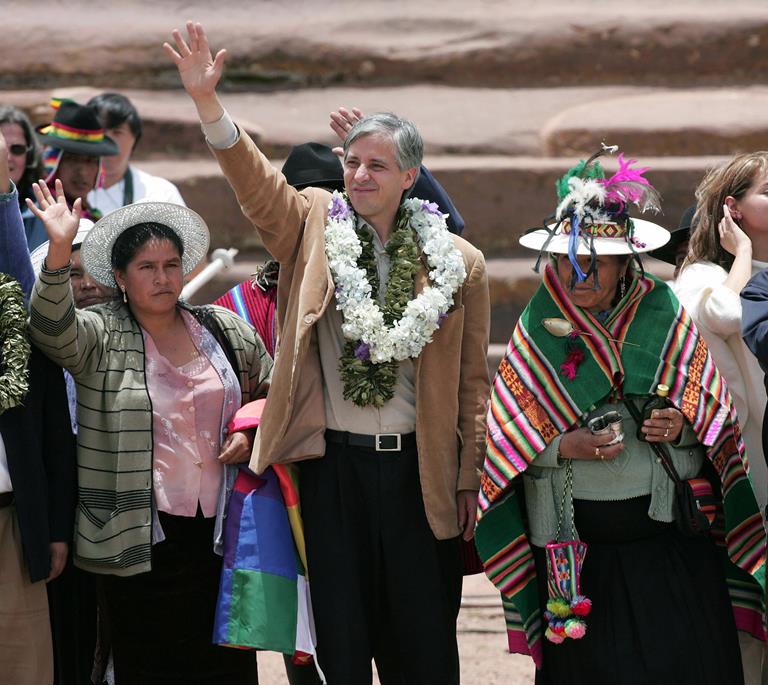 Álvaro García Linera left his native Bolivia in the early 1980s to study mathematics at the National Autonomous University in Mexico City, where he met a young Mexican woman named Raquel Gutiérrez. They fell in love — with each other and Marxism — and through math and romance discovered they shared something else that would change their lives: a desire to join Bolivia’s indigenous revolutionary movement.